Reflections on Book Burning, Book Banning, Book ‘Delisting’ and What Not… 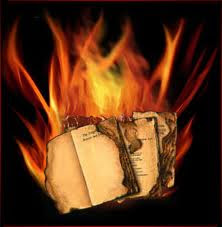 Cynically and ironically, it appears that the fundamentalist political forces seem to know the significance of books as the medium of mass awareness much more than the liberal and tolerant ones. In Mumbai, Rohinton Mistry’s Such a Long Journey fell prey to the increasing number of irrational and intolerant behaviour of extremist form of politics when it was summarily ‘delisted’ by the Vice-Chancellor of the Mumbai University from the prescribed syllabus of the graduate classes after its copies were burned by the youth brigade of Sena. This has of course not happened for the first time and such acts—often brushed aside only as being ‘intolerant’, ‘sectarian’ etc—need also to be seen as the use of books as a political tool, though by default. The mainstream and liberal political forces as well as media take notice of the book world only when copies of books are burned or books are banned. Editorials are written; talk shows take place, opinion polls are held and what not.

However, in the normal circumstances, the space for discussions about books is shrinking day by day. Very few newspapers carry book reviews or interviews with authors or have any section dedicated to the world of publishing. Among the electronic channels, the scope for any kind of intellectual discussion is minimal, to say the least. Similarly, the political parties suffer from intellectual bankruptcy all the more. We have political parties that offer colour TVs, motorcycles to voters. It is almost impossible to think of political parties offering free books as sops to its voters. It is rather sad in a country that needs more books and more education to offer meaningful life to its more than 650 million readers if we take the literacy percentage into account. The value system emanating from the political circles is enough pointer to the little importance that we attach to books as a political tool to influence voters, people, opinion makers etc. 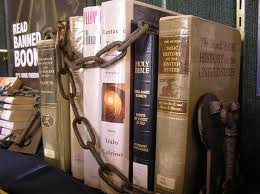 During the national movement, the leaders like Gandhi, Nehru, Azad etc. also found time to engage themselves with the intellectual pursuits. The books like Hind Swaraj, Discovery of India etc show their vision as well as the restless zeal to understand the national predicaments through intellectual and visionary ideas. However, these days, at best a political leader is able to come up in the form of a book relates to recalling of his life, memoirs, autobiographies etc.

This trend indicates that the contemporary leaders could at best write about what they have gone through and not really put before themselves and the nation any vision or meaningful political agenda. This is reflected in their speeches, in their manifestoes, in their agendas—where no special attention to books as possible political tool to use can be noticed.
at October 24, 2010